The ferry Reggio Messina was about 122m long, 17m wide and had a draft of more than 6m. Originally the ship was used for the transportation of trains (you can still find rails). The area which was chosen to sink them was the coast of Montgrí, about 2 miles north of the port of L'Estartit. After the ship had sunk, it was found that the fortune had turned his back on them. Because of the bad situation and the severe storms, they broke into three large fragments. The hull of Reggio Messina lies at a depth between 24 and 32m, on the port side with the rear on the top of the castle. We dive off the rope which is tied on the wreck. The Scots, masts and other parts of the wreck reflect a mysterious mood. The mast is surrounded always very nice with sea bream, and in the holes, we often find conga eels. Unfortunately the no decompression time goes to zero at this dive too fast and we must go again to the buoys rope or near the cliff where we can find scorpion fish, moray eels and octopus on the way to the surface. 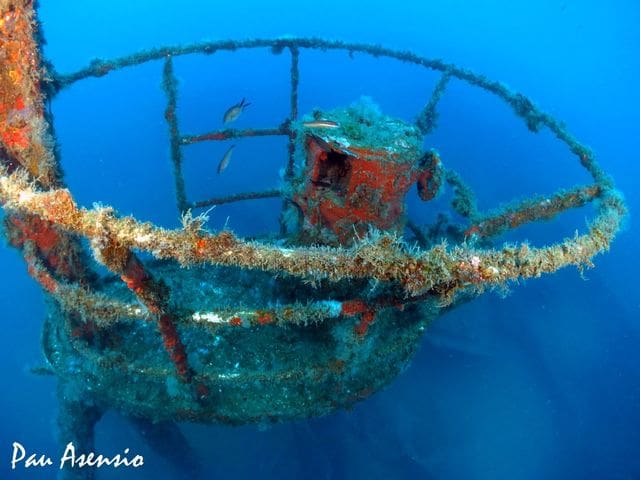 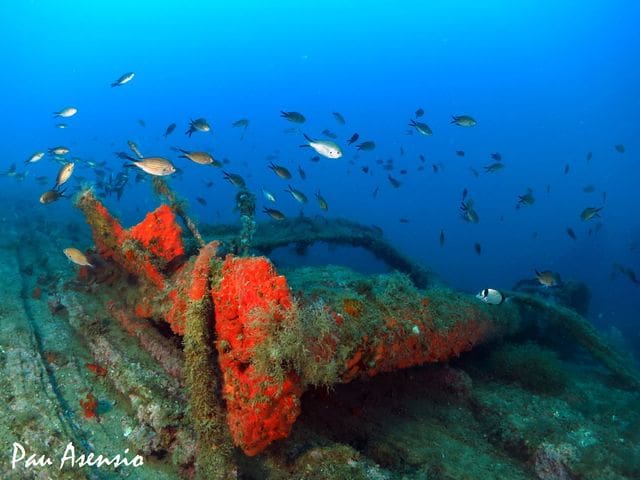 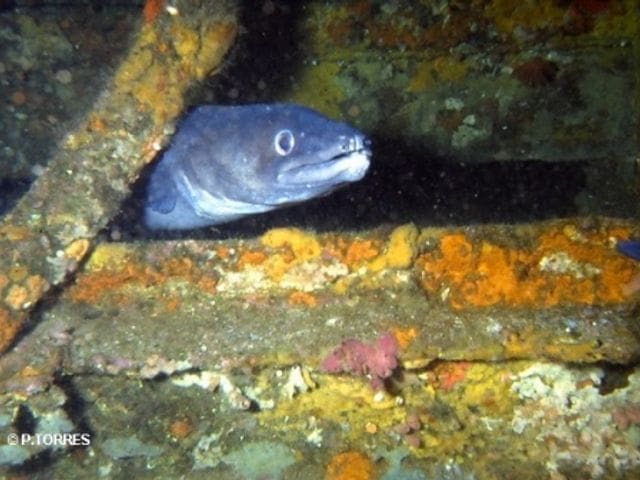 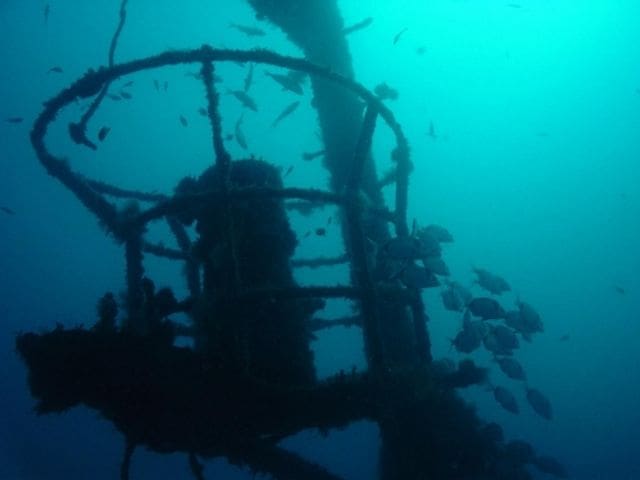